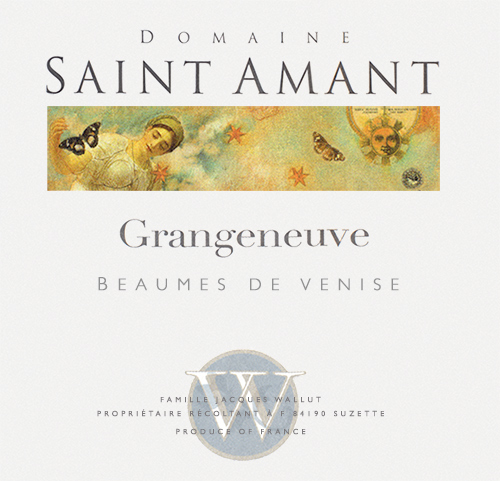 The Beaumes de Venise Grangeneuve 2016 is comprised of Grenache (50%), some of which comes from vines over 100 years old, with Syrah (30%) co-fermented with Viognier (10%) as in Côte Rôtie, and the balance made up of Carignan from ancient vines of indeterminate age. Vinification and ageing take place in large 15-year-old temperature-controlled oak vats. In the glass, the wine has a deep garnet, almost blue-purple color, with flashes of crimson at the edge. Aromas of baked blueberries, spiced plums, fresh peonies, and vanilla bean move in and out of the foreground as the nose develops in the glass, sometimes alternating with ripe Lambert cherries, kalamata olives, and lavender, all delicately seasoned with cardamom, nutmeg, and a faint suggestion of freshly ground black pepper. On the palate the wine is juicy, silky, and ripe, with a luscious core of warm black fruit that somehow bends into a cool and slightly smoky finish.