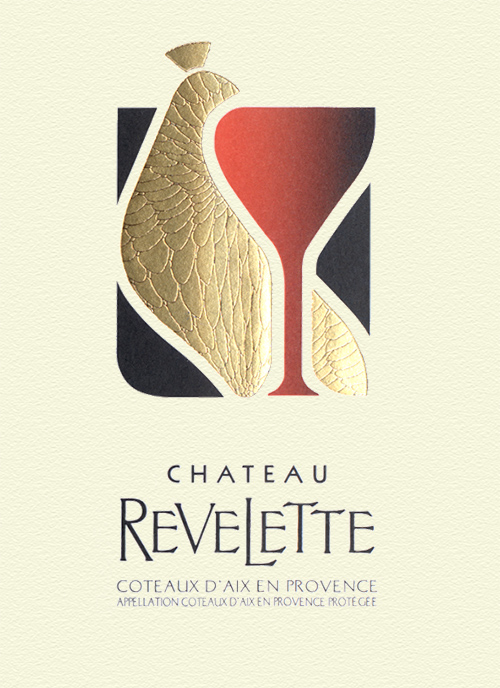 The rosé of Château Revelette is comprised of 70% Grenache, with the balance made up of Cinsault, Syrah, and a little Carignan. In the glass, the wine has a limpid, sunny, polished copper color, with flashes of bright vermillion at the edge. The nose opens gradually with ripe wild strawberries, white cherries, and peach blossoms moving in and out of the foreground, sometimes alternating with sun-warmed red raspberries, watermelon candy and sumo citrus zest, all seasoned with the cinnamon-like side of fresh green perilla. On the palate, the wine is sinewy, fresh, and generous, with fine layers of mineral-infused nectarine, kiwi, and fresh thyme, all pushed into the foreground by the wine’s brisk red berry acidity and vibrant sea salt minerality. Drink now until next spring, when the 2022 vintage is expected to have arrived, with almost anything you can imagine.

About this wine producer: Peter Fischer, born in Germany, dreamed of becoming a cowboy. So he went to California in the late 1970s where he worked on a ranch, before enrolling at UC Davis and becoming a winemaker. After a short stay at Buena Vista, and a year with the Provençal enologist Emmanuel Gaujal he set out on his own. With the help of his parents, he purchased Château Revelette (and just as his new father-in-law had done thirty years earlier, married the owner’s daughter). The estate is high on the northern flank of Mont Sainte-Victoire, which rises above the town of Aix-en-Provence, and shelters the vineyards from the warming influence of the Mediterranean. Harvest is a full two weeks later than further south, so the grapes can achieve physiologic maturity before they become overripe, giving the wines a more “northern” aromatic and structural profile than any others in this part of Provence. All of the farming is organic, and the wines are in high demand at restaurants like Troisgros in Roanne and Pic in Valence. Peter’s label sweetly acknowledges that he is a "vigneron de gendre à gendre," a winegrower from “son-in-law to son-in-law.”