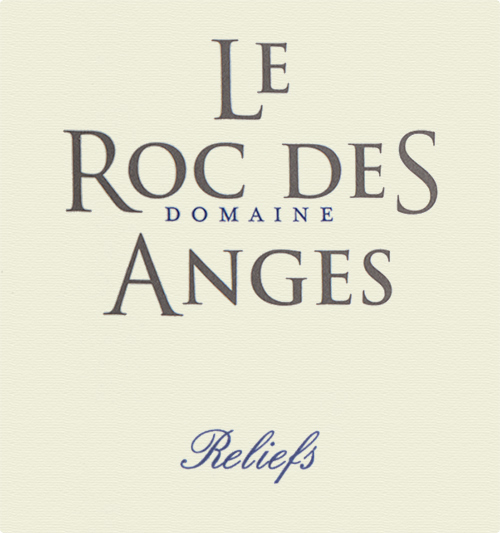 The rest I’ve told you so many times you probably know it by heart. But I thought you’d like to hear about the arrival of the most fascinating vintage yet of her juicy, mineral-saturated cuvée of biodynamically farmed old-vines Carignan, which she calls “Reliefs” (for the special topography of these weathered schist vineyards). “In 2019, we had a striking climate event,” Marjorie wrote, when I told her how I admired this wine. “We measured 50°C (122º F!) during the afternoon of the 28th of June. An incredibly warm wind from the south suddenly rose, and leaves and grapes were burnt. But from July through the harvest,” she continued, “the weather was perfect: the vines grew new leaves and the few remaining grapes matured beautifully. Walking in the vineyard it was quite hard to notice any traces of the burning event...vines had forgot and went on courageously...a good example for human beings.” And despite that production was down over 40%, those courageous vines, all planted between 1911 and 1944, gave Marjorie the most elegant and compelling Reliefs of her career.

About this wine producer: When Marjorie Gallet established her Domaine Le Roc des Anges in 2001, she was a twenty-three-year-old agricultural engineering graduate of Montpellier SupAgro (where she met her enologist husband, Stéphane), and had just completed an internship with Gérard Gauby, then the most famous producer in the Roussillon. But she hadn’t been born in a family with vines, so her story is one of fresh eyes on a treasure taken for granted and abandoned by others, and of her unlimited capacity for hard work. In 2008, Marjorie was joined by her husband Stéphane, who had spent the previous ten years making wine at Domaine du Mas Amiel in nearby Maury. Today their estate is certified Biodynamic, with most of the treatments, including Maria Thun compost in autumn and Préparation 500 in the spring, applied with the aid of a horse, and despite the critical acclaim (Parker, Tanzer, Decanter), Marjorie and Stéphane continue to work 14 hour days (and still carve out as much time as they can for their two young sons Nathan and Arthur).