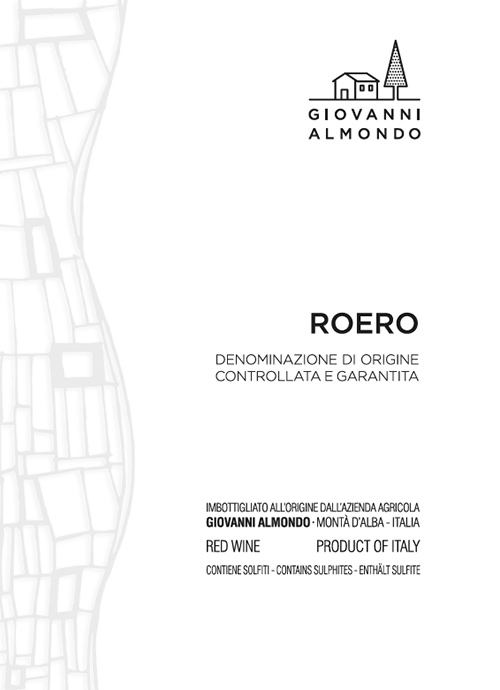 As if it were illuminated from inside the glass, the Almondo Roero has a limpid, saturated, bright crimson color that warms to mahoganey just at the edge. When the wine is first poured, compelling aromas sweet amarena cherries, fading rose petals, and pomegranate move in and out of the foreground, later alternating with fleeting suggestions of pine needles, oleander, pink peppercorns, and sweet herbs as the nose evolves in the glass. On the palate, the wine is juicy and vibrant: round, elegant, and generous on entry, later unfurling like a peacock’s tail, with brandied cherry and raspberry compote flavors that echo the nose, all gracefully seasoned with precise, sandy, Roero minerality. More like a fine Boillot Chambolle-Musigny than a Grasso Barolo, with a lingering, bright, delicately tannic finish. Drink now–2032.

About this wine producer: The Almondo family has cultivated vineyards and orchards in Roero for hundreds of years, but Domenico and his father, Giovanni, were the first to estate bottle their production in the early 1980’s (their first vintage in 1981 totaled 1500 bottles). Since then, the estate has acquired some of the most expressive parcels of vineyard land around the tiny town of Montà d’Alba - nearly fifteen combined hectares of Arneis, Nebbiolo, Barbera and Brachetto. Along with his sons Federico and Stefano, Domenico’s meticulous vineyard work and sensitive approach in the cellar make it no surprise that the Almondo family is considered the single best producer in Roero.