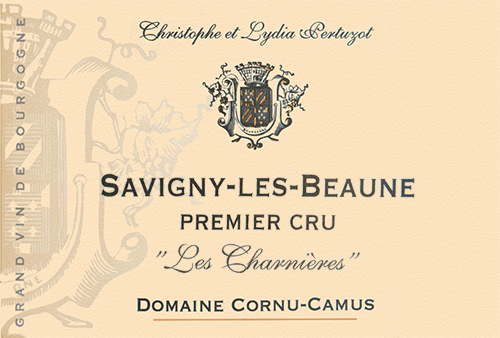 This super-elegant Pinot Noir comes from a tiny parcel of 60-year-old vines in “Les Charnières,” one of the smallest of the Premiers Crus of Savigny-lès-Beaune, located just below Les Talmettes, and surrounded on three sides by Les Lavières (where Michel Ampeau has beautiful vines of his own). In a good large Burgundy glass, the wine has a gleaming dark carmine red color, almost opaque in the center, and saturated right to the edge. Aromas of sun-warmed red plums, black raspberries, strawberry preserves, and fresh rose petals move in and out of the foreground, sometimes alternating with fleeting suggestions of dried autumn leaves, jasmine tea, fresh potting soil, and bittersweet chocolate as the nose evolves over time. On entry, the wine has an opulent round mouthfeel, with a dense core of mostly black fruit that echoes the nose, along with insistent suggestions of orange zest, allspice, and freshly ground roasted coffee as the flavors unfurl like a peacock’s tail, and the wine puts on weight in the glass. Drink now – 2035 and beyond.