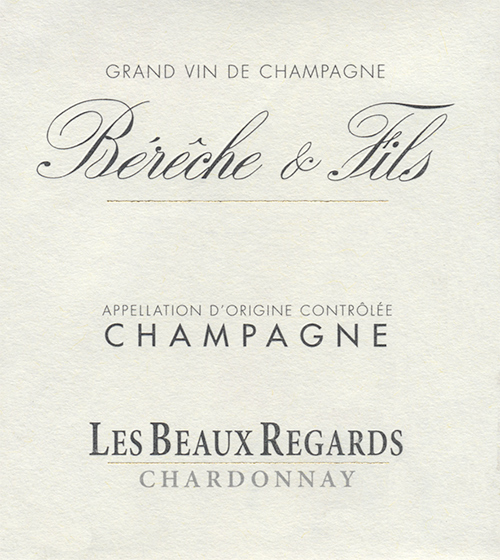 The Champagne Les Beaux Regards is a single vintage Blanc de Blancs, with 70% of the wine coming from a Chardonnay vineyard of the same name in Ludes, which was planted in 1902 (the balance comes from Mareuil-le-Port on the left bank of the Marne).

Most of the centenarian vines in Les Beaux Regards are still in production, and serve as a source of selection massale whenever Chardonnay is replanted on the estate. Beautiful minerality, and deep, complex aromas of chalk and stone mark this extremely refined Champagne.

As with all of the Bérêche Champagnes there is no malolactic fermentation. Further, all of the cuvées, with exception of the Brut Reserve, receive their second fermentation under cork, rather than the standard steel crowncap. This is a labor-intensive approach with manual disgorgement, that Raphaël and Vincent feel is essential to preserving the character of each individual cuvée.