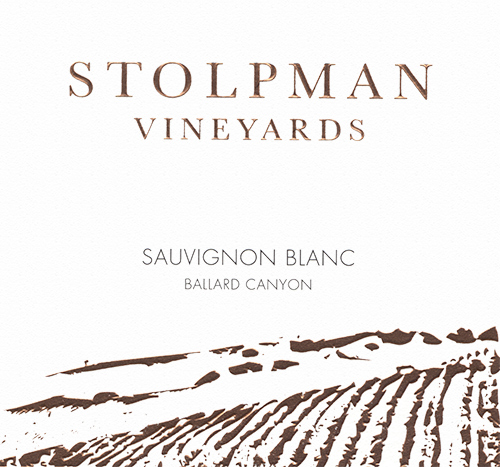 In the glass, the wine has a limpid, shimmering, burnished white gold color, with flashes of pale straw at the edge. Aromas of white grapefruit, passion fruit and boxwood emerge in the nose, with fleeting suggestions of Meyer lemon, pickled ginger, white peonies, and bergamot moving in and out of the foreground as the wine evolves in the glass.

Malolactic fermentation and maturation in the large neutral barrels result in a sumptuous, mouth-coating wine; rounder and fuller than expected, with flavors of citrus and apples that echo the nose, along with ripe peaches, spearmint leaves, and grated nutmeg, all interwoven with firmly hewn, salty limestone minerality.

About this wine producer: Pete Stolpman’s unique estate, founded in 1990 by his father, Tom Stolpman, is located on a rare limestone outcropping in the heart of Ballard Canyon, has provided grapes to such extraordinary producers as Manfred Krankl at Sine Qua Non, and Adam Tolmach at the Ojai Vineyard. In 2001, Tolmach’s protégé Sashi Moorman joined Stolpman as winemaker, and continues as a working consultant. Today, the entire production is estate-bottled. With ten-year Ballard Canyon veteran winemaker Kyle Knapp in charge of winemaking, and Ruben Solorzano, called “the vine whisperer” by the Santa Barbara Independent overseeing viticulture, Stolpman Vineyards is producing some of the most profoundly beautiful estate-bottled wines in California.