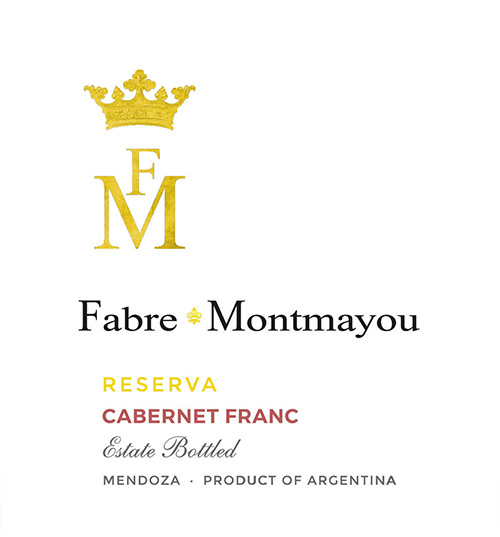 In the glass, the wine is nearly black at the center, and dark violet right to the edge. Black plums, red currants and freshly ground roasted coffee beans dominate the nose, which evolves over time to include raspberry preserves, black pepper, cinnamon and nutmeg.

The impression on the palate is of plush, ripe red and black fruits that echo the nose, which are balanced by refreshing berry acidity and velvety, fine-grained tannins. And once again, demonstrating a characteristic of every truthful wine, it evolves over time for hours, and the empty glass smells great, even the next day.

About this wine producer: Hervé Fabre (like Laura Rizzoto of Balestri Valda in the Languedoc and Marjorie & Stéphane Gallet of Domaine le Roc des Anges in the Roussillon) brought fresh eyes and a respect for the value of old vines and high-quality farming to a new home, when in the late 1980s, he moved from Bordeaux to Mendoza, Argentina. At the time, nearly all the investors in Mendoza’s wine renaissance were purchasing undeveloped land and the planting new, easily farmed and irrigated vineyards, from which oceans of ordinary wine could be made. Fabre, on the other hand, set his sights on existing old vineyards, some planted in 1908 (!) in the foothills of the Andes, near the source of the Rio Mendoza. And it was a consequential decision: their deep roots and low yields give wines that regularly garner him the highest accolades, including two IWSC trophies for “Argentine Wine Producer of the Year”.