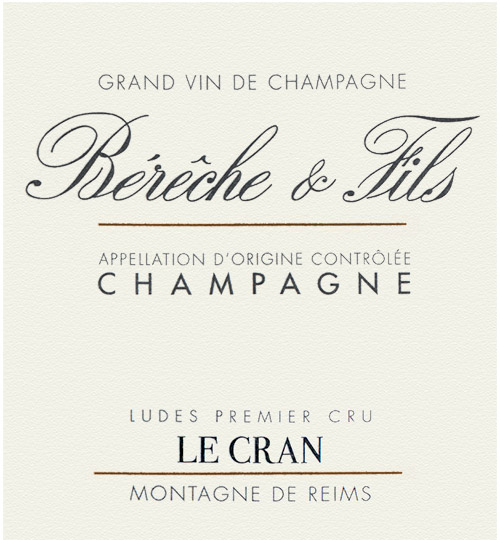 Integral to the Bérèche "style" is the systematic suppression of malolactic fermentation, a method that allows the Le Cran to showcase the complexity of its 40 year-old, Premier Cru fruit while retaining the nervy acidity of Ludes.

The wine is fermented and aged in neutral barrels before the vin clair (the final blend) is assembled. Then the wine receives its second fermentation in bottle under cork–a hugely labor-intensive practice, which produces discreet, elegant bubbles. A small dosage, usually 3–6 g/l, depending on the vintage is added after the manual disgorgement.