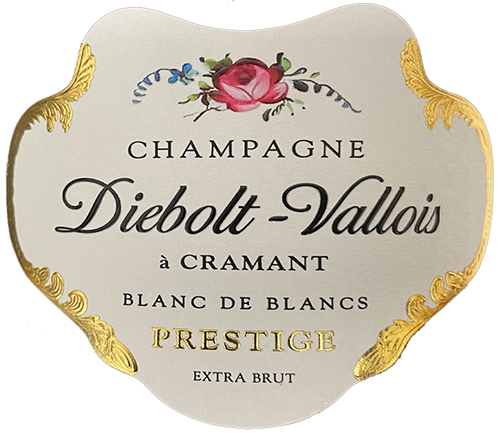 Jacques’ daughter, Isabelle, provided the technical details: 100% Chardonnay, exclusively from four of the most important Grands Crus of the Côte des Blancs. Seven vintages are included in the blend, each fermented in temperature-controlled stainless steel, followed by three years in 40hl neutral oak casks. The wine was assembled and bottled in 2015, and was disgorged last November, after three years on the lees, with a dosage of 4.5 g/l.

Once again, use a good all-purpose wine glass with an egg-shaped bowl, and don’t fill it more than one third of the way. In the glass, the wine has a lovely white gold color, with flashes of platinum, and a creamy, streaming bead of tiny precise bubbles.

The elegant Chardonnay nose is compelling, suggesting warm Jonagold apples and sea foam, with rose water, pear blossoms, crystallized honey, and coconut moving in and out of the foreground as the wine evolves in the glass.

On the palate, the wine is sleek, firm, and energetic, with a fine mineral structure, and a feathery, delicate mousse that lengthens the palate beautifully. The flavors echo the nose, with more white flowers, Asian pears, white cranberries, and toasted almonds, and the long clean finish is carried by lively citric acidity and the velvety, persistent mousse. “As spring-like as a flower filled orchard” according to Marcel Mastrojanni.

About this wine producer: When I was first invited to pour this creamy Champagne Blanc de Blanc at George Perrier’s Le Bec-Fin in Philadelphia, I was admitted into a very privileged club: sommeliers at restaurants like Marc Meneau’s L’Espérance in Père-sous-Vézelay, and Gerard Vié’s Les Trois Marches in Versailles. At the time, there were only six hectares of vines, all on the southeast-facing slope below Cramant, which meant there was very little wine available. Even private customers, who drove to Cramant from Paris or Brussels after tasting the wine in a Michelin-starred restaurant, were often disappointed to find nothing for sale at Diebolt-Vallois. More became available when Diebolt acquired vineyards in Chouilly and Le Mesnil-sur-Oger (“putting the family in debt for 100 years,” he chuckles). But more supply only attracted more sommeliers, including Eric Beaumard, the 1992 Meilleur Sommelier de France, and the 1994 Meilleur Sommelier d’Europe. Every year, he buys more than 200 cases for the cellar at Georges V in Paris. But Jacques Diebolt always seems to have wine for us, and even came himself to help us kick off Moore Brothers with a visit to Pennsauken more than twenty years ago.