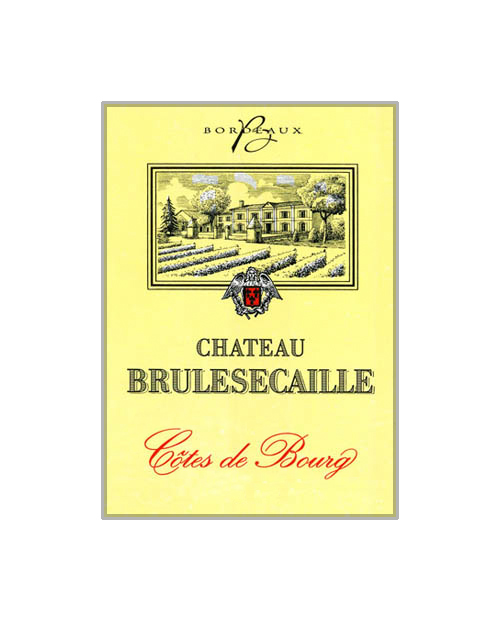 The Château Brûlesécaille 2016 is comprised of 55% Merlot and a little under 30% Cabernet Sauvignon, with Cabernet Franc and Malbec making up the balance. In the glass, the wine has a glistening dark royal purple color, almost opaque at the center, with flashes of magenta just at the edge. The classic Right Bank nose unfurls gradually with aromas of sun-warmed black raspberries, griotte cherries, and sweet white tobacco, along with fleeting suggestions of eucalyptus and exotic spices as the wine evolves in the glass. On entry, the wine is meaty and succulent, building to a burly, lingering, rich mid-palate, loaded with a cornucopia of black and red fruit flavors that echo the nose; lightly seasoned with pine needles, toasted coconut, and baker’s chocolate – all framed in sinuous, assertive, ripe fine-grained tannins. Almost California-like in concentration and texture, with dusty minerality and fresh Right Bank acidity that carries the flavors through a long, elegant finish. Drink now – 2030.

About this wine producer: This 26-hectare estate lies on an elevated croupe of gravelly clay limestone overlooking the Dordogne in Tauriac, one of the most privileged locations in the Côtes de Bourg. Of special interest is that many of the vines are more than seventy years old, having escaped the ravages of the terrible freeze of February 1956, which destroyed nearly three fourths of the vines on the Right Bank. Stéphane Beuret, the brilliant enologist who also makes the wine at Château Larroque, supervises the winemaking. No doubt Château Brûlesécaille, which was classified a Cru Bourgeois  in 1868, would be better known today if the wine were sold on the Place de Bordeaux. But Jacques and Martine Rodet, who took charge of the family estate in 1974, prefer to sell their wine directly, in mutually rewarding personal relationships like the one that established Château Brûlesécaille at Les Trois Marches in Versailles more than thirty years ago, and the one with Moore Brothers that we hope will continue long into the future.